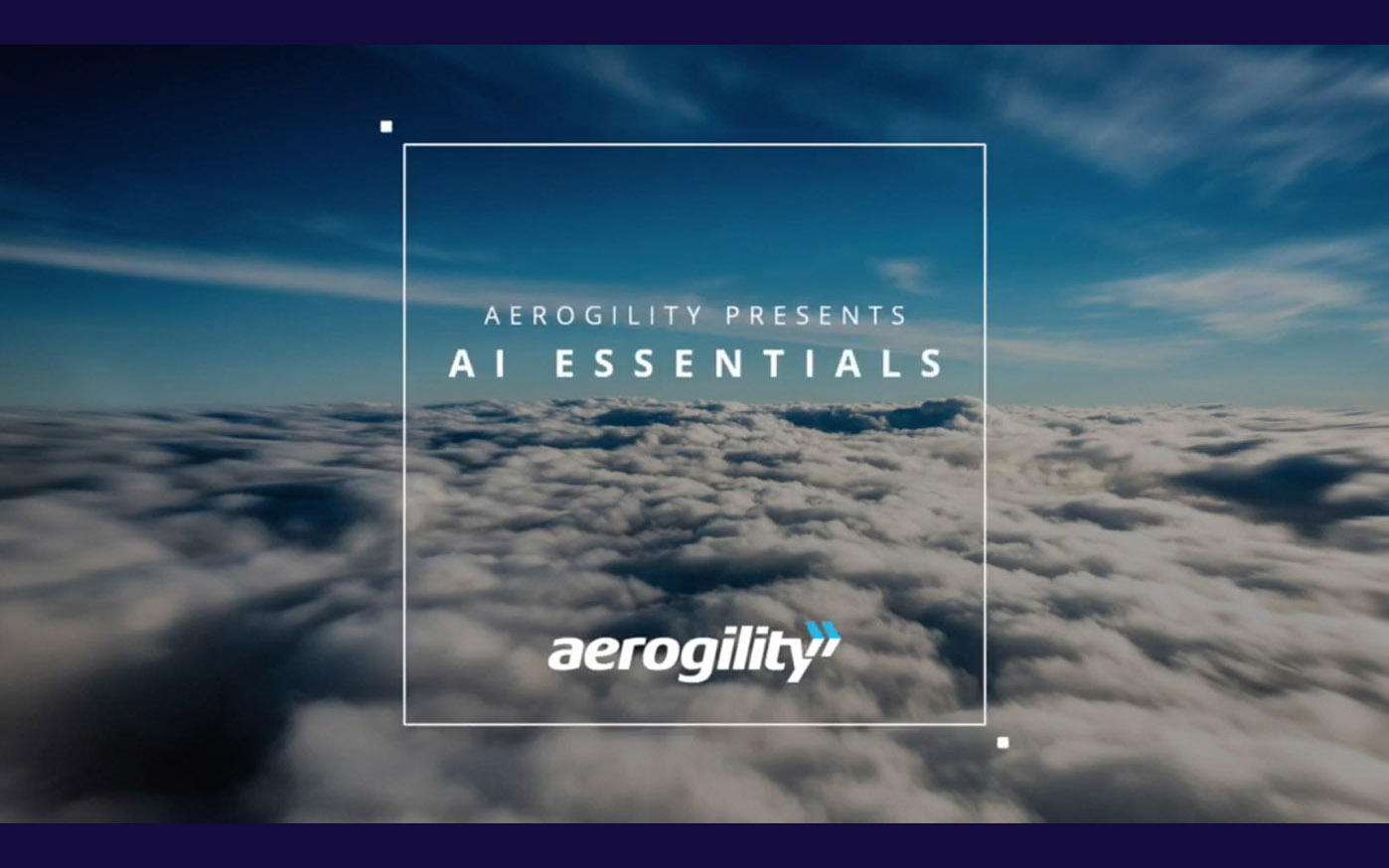 Aerogility is delighted to announce the launch of its new AI Essentials video series, starting with an interview with Professor Nick Jennings CB FREng, Vice-Provost for Research and Enterprise and Professor of Artificial Intelligence at Imperial College London, and one of Aerogility’s chief scientific officers.

Professor Jennings is one of the UK’s leading authorities on AI, autonomous systems, agent-based computing and cybersecurity, and was previously the UK’s first Regius Professor of Computer Science and the inaugural Chief Scientific Adviser to the UK Government on national security.

In the AI Essentials videos, Professor Jennings explores the current state of play with the three main types of artificial intelligence and its application. He explains that where AI systems are supporting critical decisions, it is vitally important to understand how a decision was arrived at and for the AI system to provide an explanation of why it reached a particular outcome.

In the second and third videos, Professor Jennings discusses multi-agent systems as an example of model-based AI. The agents in the model can be considered as individual AI systems that interact and communicate with each other to achieve a goal or outcome. Professor Jennings gives the example of AI agents representing aircraft and maintenance facilities in an aviation operation. The agents have different objectives and constraints and may interact, negotiate, or collaborate to agree a decision or a plan.

According to Professor Jennings, a real benefit of the multi-agent approach is that enables you to handle different scenarios for an operation effectively, resolving competing objectives and different strategies. The individual agent strategies can be easily tailored in a what-if simulation and you see how the emerging impact on the overall system from the changing interactions of the different elements in the operation. Scenario planning is something that comes very naturally from a multi-agent system.

The Aerogility team is very excited about this new direction in AI and the insights we have gained from Professor Jennings. The benefits of model-based AI are fundamental to the Aerogility customer proposition where transparent and explicable simulations are supporting safe and trusted decision-making and planning for mission-critical operations.